Financing for Tianjin plant in place 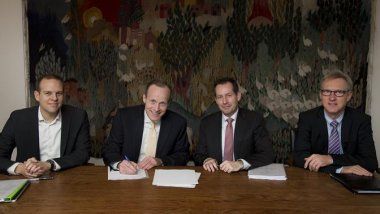 The loan is a part of the financing for the automotive catalyst plant presently under construction in Tianjin, China. The new loan supplements the equity of around DKK 235 million that has been provided by Haldor Topsoe A/S together with the Investment Fund for Developing Countries (IFU) and IFU Investment Partners.

The signing of the loan agreement marks an important milestone in the realization of the project, which is the biggest single investment for Topsoe so far. Construction of the plant is now fully financed, and Haldor Topsoe A/S may enter into a credit agreement with Bank of China at a later stage for what is called general corporate purposes.

Financing for Tianjin plant in place

The Topsøe family and Haldor Topsoe A/S have initiated a search process to find a potential investor in order to accelerate growth. It is the intention to list the shares in...
2 min read