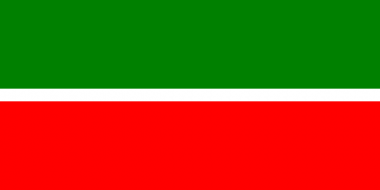 Kazan, Russia, August 30, 2015 – The memorandums build on talks between Tatarstan President Rustam Minnikhanov and CEO of Haldor Topsoe A/S Bjerne S. Clausen, who in 2014 agreed to cooperate in the education of professionals for Tartarstan’s petrochemical and chemical industries as well as joint R&D and industrial projects.

“Research and development are the foundation of the Haldor Topsoe company. For 75 years, we have accumulated unique expertise within catalysis and its industrial application. Now, we look forward to develop the petrochemical and chemical industries of the Republic of Tartarstan through our cooperation with the universities in Tatarstan, which includes training of specialists and transfer of the most modern technologies,” says Jesper Nerlov, Chief Technology Officer of Haldor Topsoe.

“The collaboration has been initiated by our founder Dr. Haldor Topsøe and Tatarstan President Rustam Minnikhanov during their meeting at Topsoe headquarters in Denmark in 2010. Dr. Topsøe supported the development and introduction of modern production technologies to the industry, and he was convinced that technological progress is based on science. That is why we enter into scientific cooperation and collaboration with educational institutions, and we are very satisfied to be able to sign the two new agreements,” says Jens Perregaard, General Director of LLC “Haldor Topsoe”.

Collaboration with KNRTU will be in the field of education. A joint R&D project will be sponsored by Topsoe and aimed at making breakthrough discoveries for synthetic fuels and fuel additives from light hydrocarbons. In addition to the grant, Topsoe will provide technical and scientific support. Some studies will be conducted at the Topsoe R&D center in Denmark. Furthermore Topsoe will act as a mentor and sponsor for a top bachelor degree student of KNRTU in the MSc program for chemical engineering at the Technical University of Denmark (DTU).

Collaboration with KFU will start with joint research, pilot and industrial project for development of catalyst in the area of dehydrogenation, which is one of the critical components for polymers produc-tion. Laboratory study of catalyst and its pilot testing is planned within the project. The project will also provide an opportunity for KFU students and postgraduates to gain expertise and on-hand experience through the implementation of research projects in the industry. The project will be executed by the group headed by Professor Alexander Lamberov. For decades this group has been doing successful research in heterogeneous catalysis, and successfully introduced their results into the industry.