Icelandic geothermal power company HS Orka hf has signed a contract with Topsoe for a plant to transform excess CO2 into a commercial product. The plant is the first to use Topsoe’s new selective oxidation catalyst SMC™ to remove sulfur from CO2 – which is an attractive commercial opportunity for many geothermal power plants around the world.

Geothermal heat sources around the world are utilized for green power production but can also deliver commercially attractive CO2. However, the valuable gas is typically polluted by sulfur that prevents its industrial use and also can cause unpleasant odor. Topsoe’s new selective oxidation catalyst SMC™ removes sulfur from the off-gas, eliminates smell, and produces commercial grade CO2.

“It is our aim and responsibility to fully utilize the environmental and commercial possibilities from the geothermal sources we manage. The agreement with Topsoe should allow us, as we have done with other streams of resources, to exploit the CO2 sources to its full extent. As an added benefit, the CO2 will be made available in the local market,” says Kristín Vala Matthíasdóttir, VP Resource Park, HS Orka hf.

The new SMC™ catalyst will be at the core of a new demonstration plant that will be placed next to HS Orka’s existing geothermal power plant at Svartsengi, Iceland. The plant will process 10% of the total off-gas stream to produce commercial grade CO2. HS Orka will market the CO2 to local greenhouses and algae producers, who can grow products for export and local consumption even in the dark Icelandic winter, aided by high CO2 levels in the greenhouses and low cost electric lighting and heat, all from green geothermal power.

The contract is for a lease agreement based on an integrated solution from Topsoe that delivers engineering and process design, equipment and complete services, including remote monitoring and catalyst replacement. HS Orka pays Topsoe per ton CO2 that meets the purity requirement.

The Icelandic market has potential for more projects using Topsoe’s SMC™ catalyst, which is also relevant at geothermal power production plants around the world. 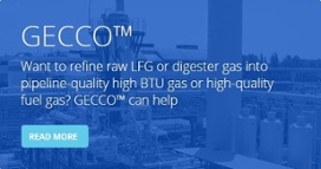 HS Orka hf has been operating since 1975 and is a leading member of The Icelandic Deep Drilling Project (IDDP).