Increased profitability in first half of 2016 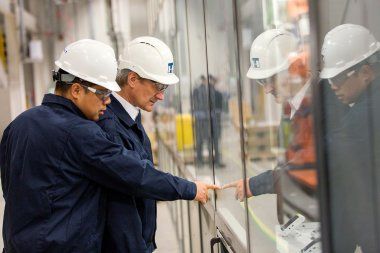 Revenue was DKK 2,836 million in the first half year of 2016, which is in line with the same period in 2015. EBIT was DKK 435 million, an increase of 105% compared to same period in 2015.These results have been achieved in an overall challenging market through increased technology business and  initiatives to reduce costs.

Haldor Topsoe Group’s revenue in the first half-year of 2016 was in line with the same period last year. Geopolitical unrest and macroeconomic slowdown have had a negative impact on business in some regions. Catalyst revenue was negatively impacted by the reduced sale of technology projects in previous years as well as reduced raw material costs, whereas technology revenue picked up in the first half of 2016. Resumed Iranian contracts from 2012 positively impacted revenue as well as EBIT in first half of 2016 by DKK 93 mill. Cost reduction initiatives implemented in 2015 and 2016 positively impacted the profitability level. The order book increased significantly, mainly as a consequence of the lifting of the international sanctions on Iran.

“We are very pleased to see the significant increase in profitability. We generate a satisfactory profit from our business, and we have significantly increased our order book in the first half of 2016. We have effectuated substantial cost savings, and we have been able to increase our technology revenue. This is important for our current technology business as well as our future catalyst business. Also, it is encouraging that we have been able to complete our new automotive catalyst plant in China in time and within budget” says Peter Rønnest Andersen, CFO, Haldor Topsoe.

As stated in an announcement today Henrik Topsøe has, due to illness, decided to leave the Board of Haldor Topsoe A/S. New Chairman of the Board is Jeppe Christiansen.

The half year figures have not been reviewed by the company’s auditors. The audited Annual Report for 2016 will be published by Haldor Topsoe A/S on March 21, 2017.