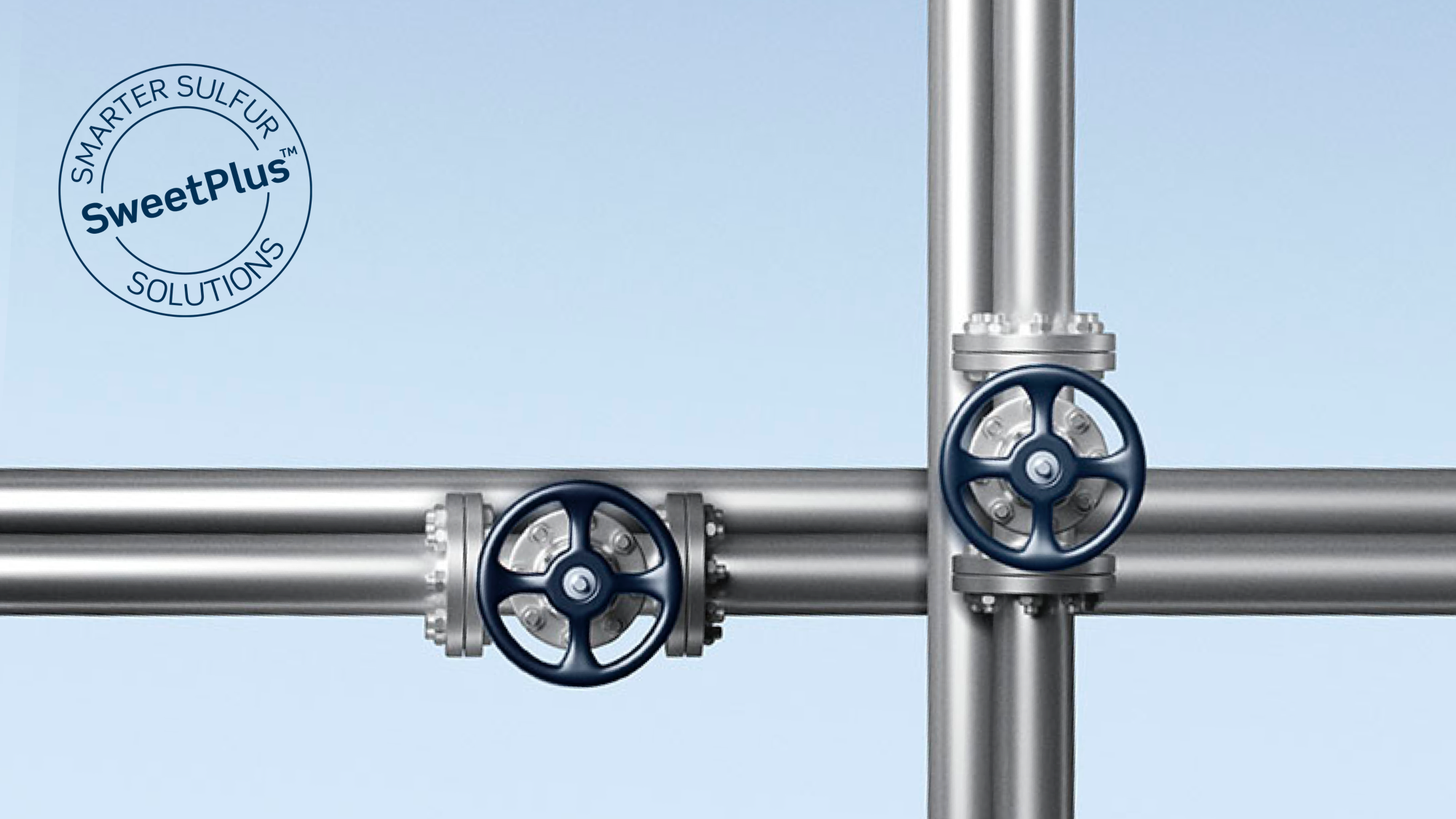 With SweetPlus™ technology, you can turn waste into profit. This unique process lets you monetize otherwise hard-to-utilize sour fuel gas by converting it into fuel. It’s an innovative all-in-one solution that generates none of its own waste and turns sulfur compounds into valuable sulfuric acid. That’s good for your emissions numbers and your bottom line.

Make the most of hydrocarbons
With SweetPlus™, you can purify sour fuel gas using a fuel gas hydrotreating process. This dramatically reduces the sulfur content. The – often moderate – amounts of sulfuric acid produced in the process can be sold or captively utilized.

SweetPlus™ monetizes sour fuel gas through a sweetening process. This process utilizes the H2 that is already present in the fuel gas, and in most cases eliminates the need for recycle.

In turn, a SweetPlus™ plant produces valuable HP steam in considerable amounts. That’s enough to give a positive income, rather than a considerable operation cost. In some cases, the treated gas may even be used as feedstock for e.g. hydrogen production.

Make the most out of your hydrocarbons and protect your profit by using SweetPlus™ to produce valuable fuel gas.

How it works
The SweetPlus™ process purifies refinery fuel gases and other sour fuel gasses that contain difficult-to-remove sulfur species and unsaturated hydrocarbons. What’s left is purified fuel gas that satisfies the strictest environmental requirements – all the way down to 10ppm or less total sulfur. Here’s how it works: