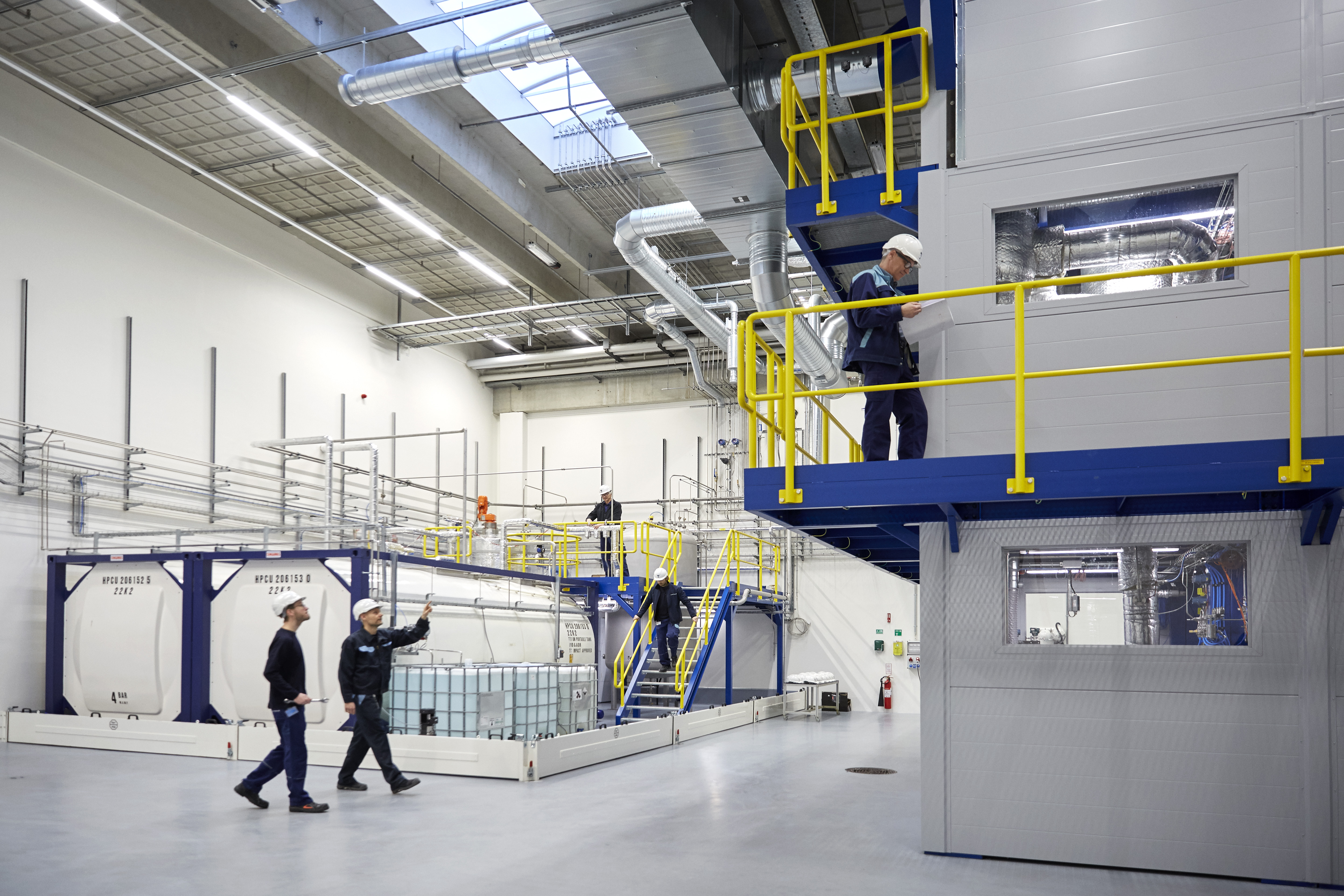 Braskem and Haldor Topsoe announced today that they have reached mechanical completion of the MOSAIK™ process step of their demonstration plant that will produce bio-based MEG from sugars. The demonstration plant, located in Lyngby, Denmark, is an important step to upscale the MOSAIK™ solution and begin production at an industrial scale, which is planned to commence in 2023. The plant demonstrates all key design features of the technology and can produce more than 100 tons per year of glycolaldehyde, which is converted into MEG in the next process step.

Construction and pre-commissioning of the MOSAIK™ process step have been completed as planned and on schedule. The next activities in this part of the demonstration plant will be start-up and operation with the aim to achieve key technical targets and confirm economic feasibility of the process. Operation will begin March 1.

“Haldor Topsoe is a world leader within catalytic solutions, and we are determined to maintain that position also in the renewables arena. So we are extremely pleased to be able to begin the next phase of the validation of the MOSAIK™ solution for bio-based MEG together with Braskem. Our goal is to show that innovative catalytic technologies can make chemicals from biomass a commercially attractive option,” says Kim Knudsen, Executive Vice President at Haldor Topsoe.

As a leading producer of thermoplastic resins in the Americas, Braskem wants to expand its portfolio of renewable products to offer new solutions that complement its bio-based polyethylene marketed with the I’m green™ seal.

“The process for developing renewable MEG in partnership with Haldor Topsoe represents a major advance in competitiveness for Green PET. The partnership strengthens the leading role we play and adds value to our I’m green™ portfolio, which already features Green Polyethylene and Green EVA, both made from sugarcane. It also will further corroborate our vision of using biopolymers as a way to capture carbon, which helps to reduce greenhouse gas emissions,” said Gustavo Sergi, Director of Renewable Chemicals at Braskem.

Topsoe delivers a packaged solution for this project with Braskem, including process design, engineering, catalyst, and technology.

More about MOSAIK™ for production of MEG

MOnoSAccharide IndustrIal Cracker – or MOSAIK™ – is a solution for cracking of sugars to an intermediary product which can be further converted to monoethylene glycol (MEG) or other biochemicals, such as methyl vinyl glycolate or glycolic acid, using Haldor Topsoe’s patented processes and catalysts. Innovation Fund Denmark has co-financed the development and upscaling of MOSAIK™.

Current processes to produce MEG from biomass involve several steps. This can be reduced to two simple steps with MOSAIK™ and Topsoe’s unique catalyst and technology for the production of MEG. The new solution brings down investment costs and boosts productivity to a level, where it can compete on commercial terms with traditional production from fossil feedstock (naphtha).

MEG is predominantly used in the manufacture of polyester (PET) resins, films and fibers. The global MEG market represents a value of approximately 25 billion dollars.

With a global, human-oriented vision of the future, Braskem’s 8,000 members strive to improve people’s lives by creating sustainable solutions in chemistry and plastics. It is the largest resin producer in the Americas, with an annual output of 20 million metric tons, including basic chemicals and petrochemicals, and R$50 billion in revenue in 2017. It exports to Customers in approximately 100 countries and operates 41 industrial units, located in Brazil, the United States, Germany, and Mexico – the latter in partnership with Mexico-based company Idesa.

About Haldor Topsoe A/S
Haldor Topsoe is the world leader in high-performance catalysts and proprietary technologies for the chemical and refining industries. Based on cutting-edge research and development, we help our customers achieve optimal performance in all phases from design to daily operations – in the most responsible way. Topsoe is headquartered in Denmark and serves customers across the globe. In 2017, our revenue was approximately 760 million US dollars, and we employ some 2,200 employees. www.topsoe.com