Chemistry is behind almost any product or fuel that defines the way we live today, and it will be just as important in shaping the future. With our deep insight into chemistry, Topsoe has an important role to play in the transition. That is defined in our purpose:

Perfecting chemistry for a better world.

Thanks to decades of exceptional R&D, we are the global leader in energy-efficient technologies to produce clean transportation fuels as well as ammonia, methanol and hydrogen that are universally seen as the most important fuels and chemicals of the future. We now make it our mission to lead the transition of these areas into the renewable future. Our strategic vision is:

To be recognized as the global leader in carbon emission reduction technologies by 2024.

Reducing carbon emissions is vital for the success of the transition towards renewable energy and that goal will lead our company. This will make a huge positive difference for our customers, the climate, and the world.

Find contact information for all Topsoe facilities around the world 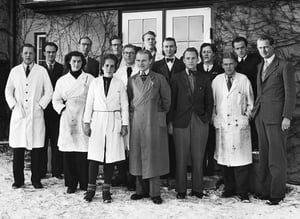 Almost 80 years ago, Haldor Topsøe established a new company based on catalysis. Dr. Topsøe’s interest in chemistry and catalysis was sparked during his study of physics with the prominent professor, Niels Bohr, at the Niels Bohr Institute in Copenhagen. That is where Dr. Topsøe first saw the potential of catalysis. 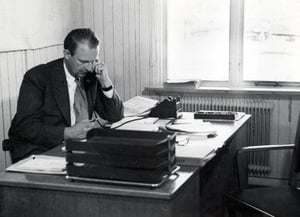 In 1940, catalysis was a little-used chemical process, but Dr. Topsøe believed that one day it could serve a huge, unmet industrial need and at the same time benefit the society. This idea turned out to be prophetic considering the huge importance of catalysis of today.

In 1944, only four years after the company was founded, it delivered its first product to customers, making it possible to use catalysis to speed up the production of sulfuric acid. This product – the first of what would become TopsoeTM VK catalysts – was brought to life by combining fundamental scientific research in the field of catalysis with concrete industry needs to develop highly useful products. 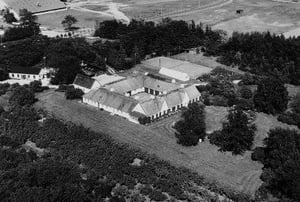 Since 1975, the headquarters have been located in Ravnholm north of Copenhagen. The surroundings are beautiful – completely in line with Dr. Topsøe’s idea: Topsoe shall be a good place to work – and to have worked.

The world has changed immensely but the vision upon which Dr. Topsøe founded his company, meaning to tap into the potential of catalysis and scientific results and apply them to the industry, still stands and remains the backbone of the company. Catalysis has become an indispensable part of the modern world. In fact, it is now involved in 90% of all commercially produced chemical products. Catalysis can make expensive processes cheaper, help feed the hungry, turn worthless waste into valuable commodities, and even clean the air we breathe. 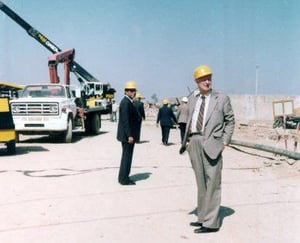 Today, Topsoe delivers a wide range of catalysts and process technology that is essential for producing clean fuels from crude oil and waste, removing harmful emissions from power plants, and raising the efficiency of industrial processes.

TopsoeTM catalysts are used in the production of 50% of the world’s fertilizers, helping the agriculture industry meet the global demand for food.

The company’s catalysts, technologies and plant design lie at the heart of the efficient, sustainable production of plastics, fuels, and fertilizers worldwide.