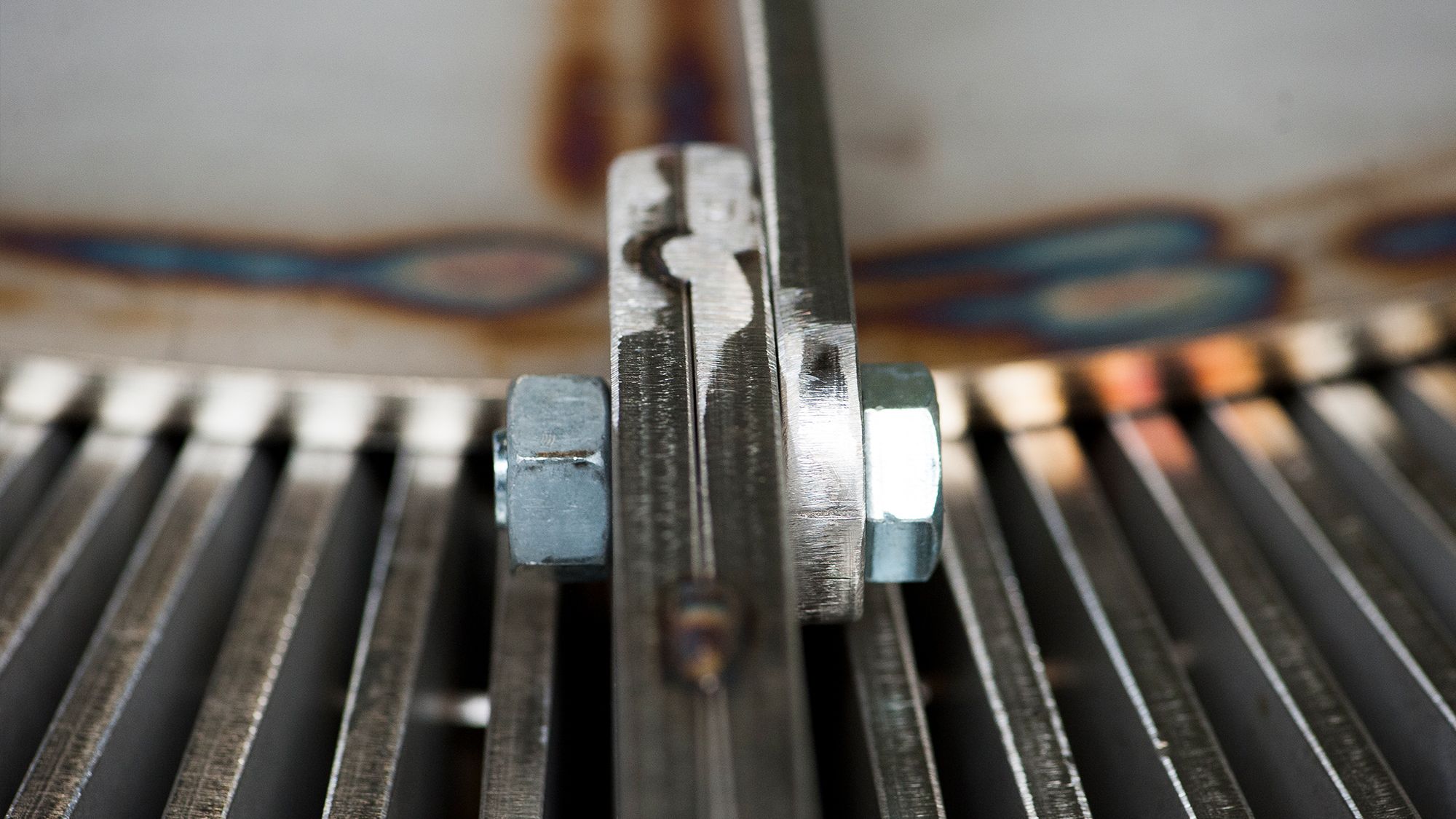 Consequently, many units are forced to go off-stream and terminate production as pressure drops approach the maximum allowable for the unit.

Installing a scale catcher can also reduce the amount of top grading material needed, which increases the volume available for active catalysts.

The Scale Catcher is installed on the top of the distribution tray and does not cause any additional pressure drop over the reactor.

Liquid Phase Scale Catchers are suitable for units where the feed is delivered to the reactor as a gas or liquid mixture.

A hydrotreating unit was exposed to feeds with large amounts of scales and particles. After approximately 400 run days an extensive pressure drop build-up occurred. See below:

The standard approach to pressure drop management on the unit was to perform regular skimming of the catalyst bed, which resulted in a loss in production.

The installation of our Liquid Phase Scale Catcher had a remarkably positive impact on the pressure drop development over the reactor and extended the run for more than three times the previous cycle. See below: 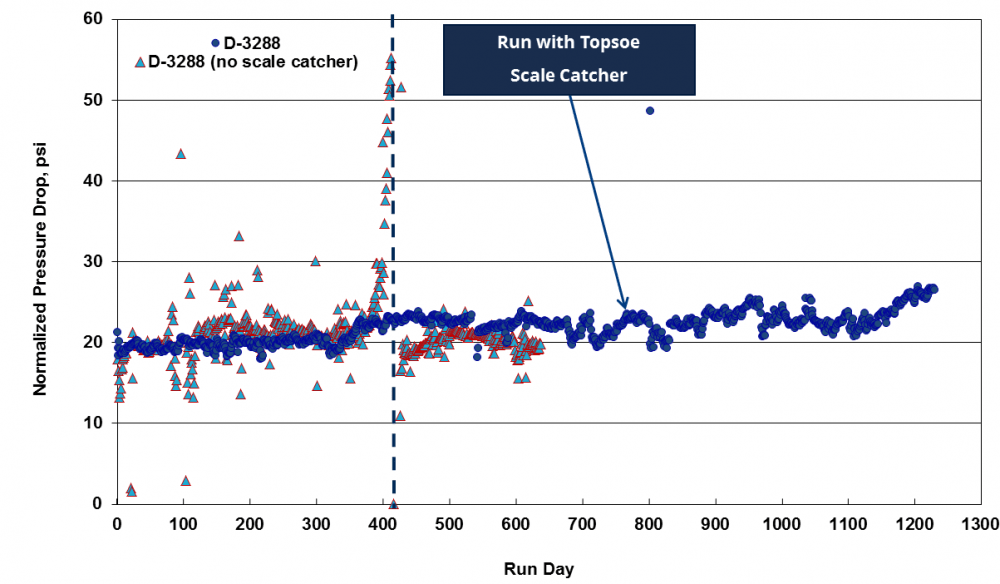